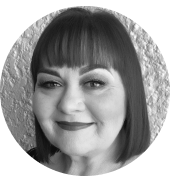 Karen—Ann began her dance training at age 2 1/2 and during her formative years trained in Classical ballet, Jazz and Musical Theatre, Tap, Contemporary, Highland and Irish dance as well as Vocal and Speech. Completing exams in B.B.O ballet, jazz and tap as well as same in E.D.T.A (Education in Dance and Theatre Arts), Karen– Ann then moved to Newcastle from regional N.S.W to complete her R.A.D ballet (Advanced 2) and D.E.S National Character Exams under the full– time supervision of the renowned Tess Maunder O.A.M. She then moved on to be coached for Solo Seal by Marie Walton-Mahon R.A.D examiner, founder Progressing Classical Technique.

After a professional career, which spanned dance companies including Sydney City Ballet, Tas Dance, and the West End Dance Co– where she had several lead roles; Prelude in Les Sylphides as well as soloist roles created on her by prestigious choreographers of the time, including the ‘Soothsayer’ in Cleopatra. Karen-Ann returned to Sydney/ Newcastle where she founded her first dance studio –Dance Image Studios, as well as a Cabaret production show– ‘Shattered Image”, to great success.

Karen-Ann then went on to open another studio—Kicks—and continued her freelance choreographic career with both professional theatre productions and workshops for other dance studios within N.S.W and Q.L.D. In 2009 Karen-Ann bought Belmont Dance Centre in partnership, where she continued to teach, choreograph and foster new talent.

Former students-have been accepted into Australian Ballet School, WAPPA, NIDA, (Musical Theatre), London Studio Centre as well as various other full time dance courses. She has had finalists in both the McDonald’s Ballet Scholarship and the Adeline Genee Awards. Her students have gained contracts with Queensland Ballet, Australian Ballet, Sydney Dance Company and Houston Ballet. Karen-Ann has also trained and produced students that have performed in the West End productions of Mary Poppins, We Will Rock You, Wicked and West Side Story. In the Australian productions of Bring It On, Matilda and Priscilla, as well as the Broadway production of Wicked, in 2017. One of her former students was the lead in the West End Production of Jersey Boys, another- one of the four original Billy Elliots in the Australian production of the same name. She has had several students gain contracts with Moulin Rouge, Paris, as well as one who was a lead dancer in Baz Luhrmann’s movie –Moulin Rouge. Former students have had successful careers in theatre and cabaret productions in Japan, Barcelona, Monaco, China and Singapore as well as on cruise ship lines such as Carnival, Princess, Norwegian and Holland- American. They have also enjoyed dance contracts in both Paris and Tokyo Disney (2017 and 2018) and Shanghai and Hong Kong Disney (2018-2019. (All student’s names supplied upon request).

Karen-Ann looks forward to watching and encouraging all the many young and talented dancers at this Dance challenge!

The joy from being a part of Simone’s School of Performing Arts will motivate your child to achieve their goals, to strive for excellence, to make forever friends and to always call SSOPA your family.